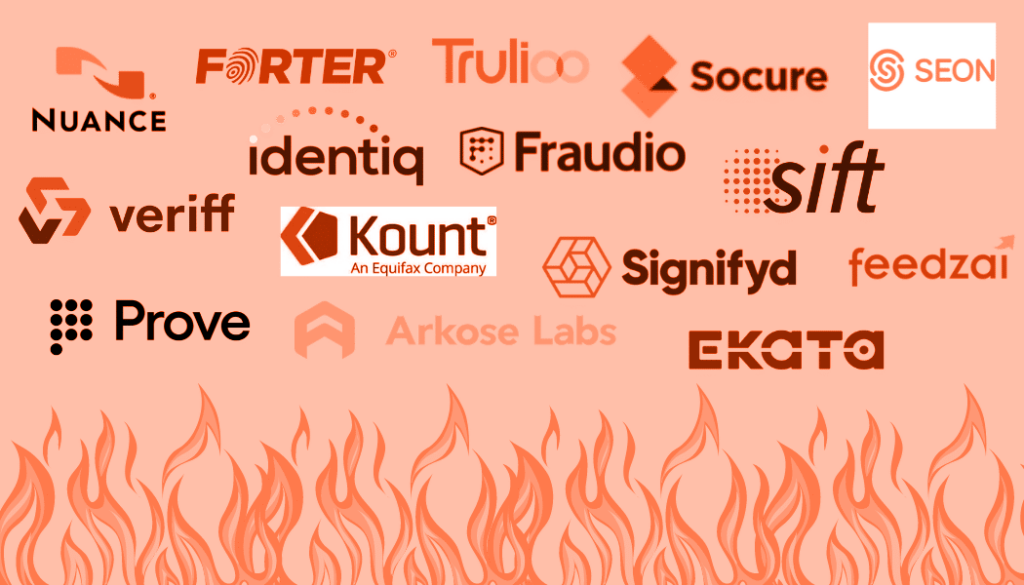 The previous year and the pandemic affected change in absolutely every industry on the planet. And the fraud prevention market is no exception — but unlike plenty of others, this sector is growing significantly in relevance and demand. Look no further than the investment and M&A activity in the first half of 2021. We actually planned this article awhile back, but each time we had a final version, a new funding round was announced!

In total, 12 companies received investment so far in 2021 for a total of $1.5 billion. And that doesn’t include the three companies who were acquired by powerhouse players MasterCard, Microsoft and Equifax. Have a read to learn more about the funding raised, how the companies plan to use it, and where these technology companies are poised to go.

SEON raised $12 million in their Series A funding round, which turned out to be one of the biggest series A rounds ever from a Hungarian company.

This fraud-prevention startup aims to create a digital footprint for their customers, successfully eliminating fraudulent transactions from false accounts. They already have clients such as Ladbrokes, AirFrance, and Patreon, and they’ve reportedly been profitable starting in 2020.

The rise of SEON is a perfect example of how the pandemic-triggered digitization has triggered growth in the fraud detection market. Since the pandemic began, SEON has done work in crypto trading, Forex, gaming, esports, and neobanks — all of which are thriving in the current conditions.

Socure is one of the leaders in digital identity trust and raked in $100 million during their Series D funding round, bringing their current valuation to $1.3 billion and putting them at unicorn status. They also state that the current global shift towards a digital-centered economy triggered by COVID-19 has brought security challenges that the fraud prevention industry will be tasked with tackling.

Reportedly, Socure will use its newest round of financing to facilitate a fast-paced expansion across all B2C verticals — such as on-demand services, e-commerce, telco, healthcare, and online gaming. Some of the round’s proceeds will also be directed towards product innovations, in order to grow the patent portfolio of the company and attract more top talent.

Veriff, a tech startup from Estonia that focuses on identity verification, managed to secure almost $70 million over the course of their series B round of funding. Kaarel Kotkas, Veriff’s CEO and co-founder explained how his company focuses on creating transparency and trust in the digital world, with the latest funding enabling them to move even closer to putting an end to online identity fraud. They look forward to cooperating with their clients to improve data retention practices across the globe.

Signifyd raised a whopping $205 million in their latest round of funding. With this, Signifyd has now reached a value of $1.35 billion, making them the second unicorn on this list so far. They will reportedly use these funds to further expand their fraud protection vision, which focuses heavily on e-commerce and card-not-present fraud.

The CEO of Signifyd claims that, while COVID-19 has propelled the world of ecommerce straight into 2025, the checkout experience has been woefully left stuck in 2015. And the latest round of funding that their company has received will likely allow them to establish the technical talent, resources, and a valid roadmap for allowing online merchants to provide the most secure customer experience in the future.

Feedzai secured $200 million in their Series D investment round this March. The cloud-based platform for financial risk management will use this new investment to fast-track the global expansion of the company, provide more in-depth developments of its product lineup, and secure a boost to their partner strategy.

Nuance is the first company on this list that did not receive investment and was actually acquired by Microsoft. The price tag: $19.7 billion and is the second largest acquisition by Microsoft to date. Nuance is best known for it’s speech recognition engine [that powers Apple’s Siri], but also has a significant presence in fraud prevention. They leverage voice biometrics, amongst other technology, to address authentication and fraud for call centers.

Forter brings the number of unicorns on this list to three, securing $300 million in series F funding and a valuation of $3 billion. Forter focuses on e-commerce fraud prevention and over the last 12 months has doubled the size of its global network of merchants to exceed $250 billion in annual online transactions.

Forter will use the additional funding to continue expanding its global ecosystem. Earlier this year, Forter partnered with Capital One to launch Trusted Authorization, one of the first solutions enabling merchants to increase authorization rates and decrease false declines by sharing Forter’s fraud insights with issuing banks to make more informed decisions.

Identiq is an Israeli startup also focused on identity validation. They raised $47 million during their series A round of funding. Reportedly, the company aims to use these new funds to expand their network and add new members; improving the coverage, quality, and identity validation for everyone.

Their company aims to change all of that, by creating a network capable of validating the identity of users without relying on data providers. According to Identiq, any network member can use the peer-to-peer system to maintain the security of their data without sharing information with other network members.

Ekata joins Nuance as a fraud prevention solution that was gobbled up by a large industry player. MasterCard acquired Ekata for $850 million, taking a significant step to advance it’s identity verification efforts.

Ekata works with a wide range of global merchants, financial institutions, travel companies, marketplaces and digital currency platforms. The company uses insights to deliver unique scores, data attributes and risk indicators that businesses then use to make more informed decisions. They help their customers identify good consumers and businesses and bad actors in real-time during online account opening, payments and variety of other digital interactions.

Sift raised $50 million in it’s most recent round of funding, pushing it valuation to $1 billion which, yup… makes it the fourth unicorn on this list. Sift aims to help merchants fight online fraud and abuse and reduce friction for legitimate customers with their “Digital Trust & Safety” platform.

President and CEO Marc Olesen said that business has tripled since he joined the company in June 2018. Sift was founded out of Y Combinator in 2011 and has raised a total of $157 million over its lifetime.

Prove made multiple waves in the fraud prevention market by not only raising $100 million, but acquiring the mobile authentication line of Early Warning Services as well as UnifyID. This injection of funding and M&A activity was fueled by Prove’s rapid growth and global reach.

The team has spent 2 years building what it describes as a cloud native centralized AI and machine learning payment fraud detection solution that can be leveraged by any company in the payments ecosystem.

Early in the year, Kount was acquired by Equifax for $640 million. Kount is a well-known fraud prevention solution that primarily focuses on merchant fraud protection. With the acquisition, Kount will now have a large data set of traditional offline identity fraud risk indicators to further fine-tune its solution.

“The combination of Kount and Equifax will help our customers across vertical markets to establish strong digital identity trust behind each interaction while enabling new forms of online engagement with current and prospective customers” said Kount CEO Bradley Wiskirchen.

“At Arkose Labs, we are building a portfolio of capabilities that can adapt and respond based on the fraudsters’ techniques to ensure we are maximizing the impact to them whilst minimizing any form of friction to good users,” said Kevin Gosschalk, Arkose Labs founder and CEO

And last but certainly not least, Online identity verification platform Trulioo closed a $394 million series D round, bumping it’s valuation up to $1.75 billion. And that’s unicorn number five on the list. The U.S. digital identity market is projected to exceed $30 billion by 2023, putting into perspective the sizeable investment some of these companies are garnered.

Vancouver Canada-based Trulioo was founded a decade ago and offers various tools for companies to verify their online users. This includes identity verification that may check a user’s data against third-party data sources, such as a credit bureau, government database, or mobile carrier. The company also offers document verification that allows businesses to easily match users’ document data with myriad databases and data vendors from around the world.

Most businesses have recognized the urgent need to make their transactions, services, and commerce digital-first, resulting in a strong reliance on digital identity and fraud prevention technology. The companies listed here are just a small fraction of the total companies in the fraud prevention ecosystem, illustrating the massive opportunity for continued growth and investment.

While some of the industry will shrink through M&A consolidation, it will not be outpaced by the investment in new start-ups. In addition, the desire to scoop up valuable fraud prevention companies in an acquisition signals to investors the value that can achieved by a healthy exit, incentivizing them further to invest in fraud prevention.

Where will the second half of the year take us? Well, only time will tell, but we assure you investor’s and companies’ wallets will be open and willing to spend for the foreseeable future.

Author: Ronald Praetsch
Managing director and co-founder of About-Fraud. Ronald leverages his extensive experience in payments & fraud to inform the structure and content of the site. Outside of About-Fraud, Ronald consults regularly with merchants, payment service providers and fraud solution vendors. Before About-Fraud, he spent close to a decade in various payments and fraud prevention roles at Sift Science, Fareportal, Booking.com and Pay.On in both Europe and North America.
Scroll To Top