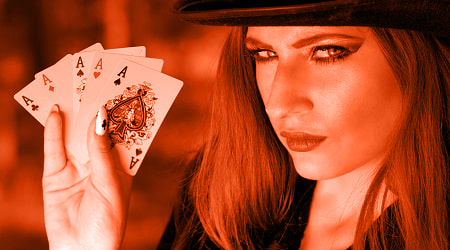 Wherever there is money, there are criminals looking to take more than their fair share of the pot. Online poker sites are not the hot beds of illegal activity as some have painted them to be However, poker holds some of the most interesting and sophisticated avenues for fraud anywhere on the web due to its  nature of being a peer-to-peer game of skill and chance,  massive transaction volumes and a global player base. Poker fraudsters are not petty criminals or opportunists. No, they are sophisticated, well-connected and well-funded individuals, and at times criminal networks, who are in it for the long con and the highest stakes.

This is the scenario online poker operators have to contend with on a day-to-day basis, a problem exacerbated even further by the widespread use of many different payment methods and channels like electronic wallets. E-wallets in particular can function as anonymous black boxes for payments. That’s why they’ve become an invaluable tool for defrauding poker sites and an ace up the sleeve for fraudsters.

Forms of fraud in poker

So what does fraud in poker look like? Online poker fraudsters usually aren’t trying to make a quick buck.  This means they use different techniques compared to most forms of e-commerce fraud, where fraudsters typically use a stolen payment card or customer account to purchase as many high value items in as short a timeframe as possible. Because all online poker sites have strict anti-money laundering (AML) and know-your-customer (KYC) restrictions, fraudsters have to register to these sites and ensure that their activity doesn’t immediately raise suspicion. This can mean registering to a site and depositing/moving funds without playing an actual game for weeks or even months. This makes poker fraud much harder to identify, let alone stop, since there are numerous transactions over a long period of time, many of which may be legitimate. Furthermore, there isn’t one single physical purchase or delivery for operators to scrutinise in detail.

Poker is also relatively unique among online games. For starters, players are not betting against the odds or against the house. Online poker is a peer-to-peer game, and this opens up many different and creative avenues for fraud.

Collusion, for instance, is a common means of poker fraud and consists of multiple connected players working together to increase their odds of winning against disadvantaged competition. Online poker sites are getting better at detecting this kind of activity, using sophisticated fraud control mechanisms to detect collusion and remove participating players. However, sites still rely on players to alert them to suspicious behavior, since this can be a more effective and immediate way of identifying players working together.

Poker can also be the perfect opportunity for fraudsters to launder money or channel it between accounts. It is a global game with anonymized accounts and players, whose payments/actions are easily disguised through layering – during which players try to make the source and movements of funds difficult to trace over long periods of time and multiple transactions. This kind of activity is the preserve of sophisticated criminals and usually involves large sums.

Other common fraud types in poker

Not all forms of fraud are as glamorous. Poker also suffers from other forms of fraud common in online gaming.   For instance, there are chargebacks, where a user places a bet and subsequently cancels/blocks their payment with their issuing bank. Most gaming sites will usually block this user and dispute the chargeback, but not in all cases. If a poker site operator has a poor relationship with the player’s issuing bank, they may prefer to take the financial hit than dispute it. Most people who issue a chargeback are trying their luck, but smart criminals with inside knowledge have been known to exploit such scenarios and share their methods with others.

There is also the perennial problem of bonus abuse in poker as with other gaming sites. This involves players creating fraudulent accounts for the sole purpose of using promotional offers/bonuses that are designed to acquire new players, without ever placing bets with their own money. When these codes are used in conjunction with bogus player accounts, gaming platforms are directly losing funds that they invested into acquiring new players. Anecdotal evidence suggests that bonuses can amount to as much as 35% of gross revenue spend, as operators actively seek new players, and bonus abuse can cost as much as 15% of gross revenue. This is exacerbated by fraudsters who scale up their activity by creating dozens of fake accounts.

All of these issues outlined above are further exacerbated by the widespread use of e-wallets. E-wallets have become a principle enabler of fraud, and a key weapon in the arsenal of every fraudster.

Historically, wallets were designed to put their users’ needs first, not the needs of operators. Features such as creating multiple anonymous accounts, funding the wallet in real-time, moving money easily into and out of gaming accounts, using an attached prepaid card to use the account anywhere, etc. are all customer-centric benefits. Subsequently, they have created massive issues for operators including money laundering, collusion and bonus abuse.

Think of the typical bonus abuse scenario, it can be scaled up indefinitely by fraudsters since e-wallets allow users to create multiple anonymous accounts from a single device and fund them by numerous methods without any transparency to the operator. The same rationale applies to money laundering and collusion, whereby the anonymity provided by e-wallets enables such behavior. Furthermore, since a single wallet can be funded by numerous accounts, up to hundreds, it becomes impossible to know their true owners. This also allows banned users to create new accounts by proxy.

Were e-wallets linked to a single app or device, the cost of scaling scams such as bonus abuse would become prohibitive and far less popular. Likewise, if e-wallet providers were more transparent with operators and shared better/more data (which is possible even under GDPR) it would be much easier for operators and regulators to shine a light on fraudsters. The arrival of open banking and open APIs (see article on PSD2) could also be a chance for the industry to change the status quo, but don’t count on traditional e-wallets changing their business practices any time soon.

Other than avoiding relatively small fines, there really is no motivation for e-wallets to clamp down on activity like bonus abuse, since they often stand to benefit through the massive transaction fees generated by this behavior. Indeed, some wallets actively encourage their users to make payments/transfers as often as possible, usually via cash-back incentives. While this is not illegal by any means, some would call it “wallet operator fraud,” since they are gaming the system and encouraging users to make transactions for the sake of transactions, not real game activity. Online gaming’s complex ecosystem has led to this situation in which there are numerous companies that benefit at the expense of their business partners and customers.

Keeping poker clean for another 20 years

It’s important to remember that fraud in online poker is a drop in the ocean with respect to legitimate play. The truth is that online poker, which celebrated its 20th anniversary this year, is going from strength to strength and operators’ efforts to combat fraud are working. Such is the effectiveness of modern anti-fraud measures that there is even evidence to suggest that criminals are returning to physical casinos and tables, finding it easier to make money there than online.

Bonus abuse may be the most difficult fraud type to stamp out but there is light at the end of this very long tunnel. Changes to advertising regulations in many parts of the world have placed tighter restrictions on bonus promotions, and advances in the payments industry may also contribute to the decline of this type of fraud.

E-wallets have long been a valuable tool for online gaming for players and operators alike and steps are being taken to secure this technology against wallet fraud. Leading game site operators are actively seeking new e-wallet solutions that are more transparent with user data and make fraudulent activity much harder, in a bid to block bogus accounts. This is happening slowly but surely, and these new solutions can be expected to gain greater traction in the industry in the coming years.

Online poker sites rightly see advances in technology as their possible trump card against fraudsters. However, with fraudsters always trying to find new ways to game the system, it’s vital that those fighting fraud continue to move just as fast. No one can predict the future, but it’ll be fascinating to see how game and fraud prevention technology develop over the next 20 years.