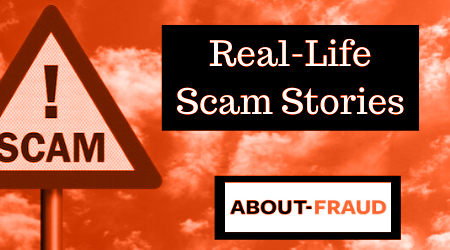 I recently received the following email from (purportedly) British Gas, despite not having an account with them for many years and at first glance, it appeared genuine.

My initial reaction was that somehow something has slipped through the net from a previous account, but as a born sceptic, I started to delve a little deeper…

You’ll notice, it does not possess many of the common attributes people associate with scams…

But upon closer inspection, a few things stood out:

The URL in the hyperlink didn’t look like it belonged to a website that British Gas would use (note the “bridalemporium.com.au”), and all hyperlinks pointed to the same place.

There were also several spelling mistakes and spaces missing between words:

Lastly, the email referenced the Head of Operations at British Gas, however a quick LinkedIn check shows that the person named hasn’t held that role since July 2017.

You don’t have to be a private investigator to conduct these checks and by sharing examples with one another, we can shine more light on this and educate more people on what to look for. If you’re unsure about the validity of an email, SMS or phone call, check with somebody else. At the end of the day, no reputable company will bully you into making an immediate decision in the heat of the moment.

It’s great to see the growing awareness around Covid-19-related scams, but it’s important to be diligent and keep an eye out for the seemingly inconsequential messages that can fly under the radar.

Author: Steve Goddard
Steve has worked within the fraud and payment industry for over 14 years, in the banking, travel and retail space. He has worked closely with merchants advising on fraud strategies as well as running operations teams. He has worked with Banks and PSPs globally in product management roles, leading major development initiatives to deliver solutions to external customers.