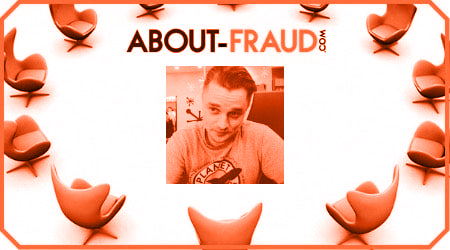 Corwin Cole built and maintains the backbone of Apruvd’s REST API and web app. He credits a background in statistics and finance for his successful ten-year run as a professional poker player and coach; all experiences that he applies to his role as the company’s CTO and COO. Recently, Corwin shared with About-Fraud his view of online fraud and its trajectory.

Mike Russell: Is there any industry or region that’s more under fraud pressure currently?

Corwin Cole: I’m not sure that any of the obvious categories are under particularly more pressure. It’s hard to tell because there’s so much fraud all the time anyway; if attempted fraud jumps from 7.5 to 7.9%, I’m not going to feel that.

What I can say with certainty is that I’m seeing a lot more fraud as a component of another crime, usually money laundering. Fraudsters are attempting very unusual orders; not the kinds of things that you would expect to see being resold. Whereas it used to be friendly fraud involving obvious liquidation resale fraud on sites like Ebay and Facebook marketplace, now we see orders for entire sets of goods that would be appropriate for a construction job site, or even industrial equipment. I’ll give some examples.

We’ve helped one of our customers to decline hundreds of thousands of dollars of attempted fraud via e-check payment from a known money launderer for Hezbollah.

Conversely, fraud from Venezuela has plummeted and legitimate purchases that look fraudulent on the surface have skyrocketed. Lately, card-not-present transactions from Venezuela with cards from Venezuelan banks have tended to be declined, especially if the orders are over $100. So, the would-be buyers have to ask their friends who live in the US to use their credit cards; a card with a US BIN, a Venezuelan IP and email, and shipping to some freight forwarder. That’s one of the first definitions of fraud you’ll ever learn, but these days that’s not fraud.

There’s this huge anomalous wave of high-ticket purchases for multiple generators where every risk indicator is at maximum. On day 100 of my career in this industry, this was very obviously fraud. Today it’s a reflection of the country’s situation; more and more Venezuelans need stuff so desperately that they’re getting in touch with friends of friends of friends who live in the US and who will make orders with their cards.

Something similar happened in the southern US and Puerto Rico during the 2017 hurricane season. All of a sudden, masses of people came out of the woodwork and bought tons of generators. We’d never heard of them. They had no online presence. But they were spending $45,000 a day, all with maximum risk signals. We approved them all because they were clearly driven by the hurricane, not by some sort of fraud uptick.

MR: What is the next trend that you see in the provider space pushing product development?

CC: In the chargeback-guarantee niche, we’re still in a collective quest for more data. For example, not too long ago, device intelligence was scarce, but today it’s an absolute requirement for guaranteed providers because it usually comprises hundreds of additional data points per transaction. Big Data will continue to dominate advancements in our space for some time. Looking beyond that, the full potential of machine learning will dramatically reduce the need for human labor, but the availability of additional data will determine its success.

Machine learning can only predict what it has learned. It’s literally not possible for machine learning to predict something it hasn’t learned already.

Eventually an unsupervised model will learn on fraud data, but humans are still important because they have intuition, an algorithm doesn’t. It just has incredibly granular and controllable pattern detection. If you don’t have data already to describe what’s going on, then the algorithm has no ability to assess it appropriately. Humans need to be able to see and explain what’s happening.

For example, one of our merchants has a ton of legitimate traffic where the person who’s making the order and the billing person are completely unconnected. They couldn’t be less connected, except that they very recently decided to engage in some kind of installation agreement; they’re a contractor and a customer. That’s the kind of decision that humans can make with intuition on the first time, and be correct a lot of the time.

Once you’ve seen that kind of order a few times, then the algorithm can pick it up really quickly. So that’s the role of humans. Humans look to the future, algorithms look to the past. As long as you have humans looking to the future and predicting the outcome of novel scenarios, then you can always contextualize what your algorithms are learning such that as soon as humans pick up on a new trend, the algorithm can start learning it.

CC: Fostering healthy growth by balancing scalability and high performance standards. It’s easy to sacrifice perfection in the name of rapid growth or vice versa, but to sacrifice neither requires a lot of care and consideration.

MR: Is the market already competitive enough and is it just more difficult for new entrants to enter today than it was when Apruvd started?

CC: I feel that the market is still dramatically under-served; there are countless merchants, even many enterprise businesses, that still employ fairly dated and dysfunctional fraud solutions. But worse, fraudsters are doing a reasonably good job of keeping up with the times, and their adaptability helps sustain the market for providers in our space as their combatants.

Author: Mike Russell
Mike Russell is a content writer who focuses on issues related to online fraud prevention. Besides his work for industry news sites, Mike has spent over eights years as a copywriter producing case studies, white papers and other forms of marketing content for clients, including fraud solution providers. He is currently the Senior Content Marketer at Neustar Risk Solutions.
Scroll To Top