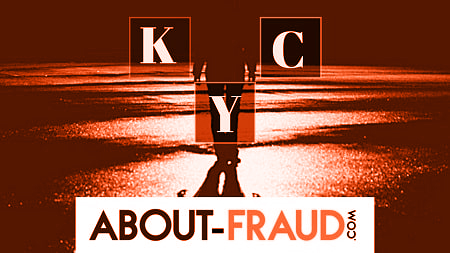 EKYC and Watchlist Screening – How FIs Use Them

Imagine this scenario: Daenerys Targaryen around 20 years ago bought a money-back life insurance policy. Remember, it was 20 years ago and the documentation process was not strict and meticulous back then. This means that Daenerys did not submit any proof of age at the time of purchasing the policy as know your customer (KYC) procedures, let along eKYC procedures, were not compulsory back then. As a result, when Daenerys went to claim the policy once it reached maturity, she had to resubmit all her documents.

Why implement eKYC and watchlist screening?

Why would an insurance company or any financial institution make their customers go through such a tedious process of identity verification?

The answer is simple — to prevent fraudulent transactions and money laundering. Anyone could walk in and claim the insurance policy taken out 20 years ago by Daenerys Targaryen. This could be done by a criminal either as pure financial fraud called “fronting” or as part of a money laundering scheme. Both terms are defined below for the reader’s benefit.

Fronting– Fronting is when an insurance claim or policy is taken out by using the details of another person. An example of fronting would be if Cersei Lannister claimed the insurance policy of Daenerys Targaryen using the latter’s details. Insurance institutions can use an eKYC process to bust these fraudsters, making use of digitally signed signatures and biometric details to verify the identity of the true account holder.

Money Laundering – Money laundering is a way of making money acquired through illegal means look like legitimately earned income. For example, Standard Chartered, one of the world’s largest banks, was slammed with $1.1 billion in fines by U.S. and UK. authorities this month for implementing poor controls to prevent money laundering. The bank was accused of helping business entities in Iran, Burma, Cuba, Sudan, Syria and Zimbabwe process $438 million in transactions to evade sanctions. If Standard Chartered had properly implemented watchlist screening based on updated sanctions lists, many of these illegal transactions would have been flagged and blocked.

Before discussing how eKYC and Watchlist Screening help combat fraud and money laundering, let us lot the global regulations put forward by agencies like the Financial Action Task Force (FATF) and the International Monetary Fund (IMF) with which financial institutions must comply.

In 1989, the FATF put forward an international standard for combating money laundering. The objective was to promote legally compliant behavior in major financial markets. Today, around 38 countries are members of the organization including India, United Kingdom and the U.S.

After the tragic events of 9/11, the IMF stepped in to strengthen existing AML rules and activities by including Combating the Financing of Terrorism (CFT) regulations. These regulations help compliant financial institutions prevent financial fraud and money laundering which can be used to fund terrorist activities anywhere around the globe.

It is mandatory for any financial institution to comply with the AML rules and failure to do so can invite fines. For instance, in 2018, ING, the Dutch bank was fined $900 million for failing to comply with Dutch AML regulations. An investigation conducted by the Netherlands Public Prosecution Service discovered that the bank’s Dutch branch did not employ any due diligence standards to monitor suspicious transactions.

However, setting up rules and regulations is one thing, while ensuring every transaction completed by a financial institution adheres to them is another one. Insurance companies, banks and traders adopt many customer information verification practices as a practical way to comply with AML/ CFT regulations. Watchlist screening and eKYC are the two most popular methods among them.

Watchlist screening is a process that facilitates the automated screening of a customer’s records and financial transactions. It also enables insurance companies and other financial institution to ensure AML/ CFT compliance. An AI-based watchlist screening system can almost instantly perform the below tasks:

The Impact Of eKYC On Mitigating Fraud

KYC is a process that any organization uses to verify the identity of its customers. eKYC makes use of digital technology for the same purpose. Some of the countries that have moved the furthest to adopt digital technology for general purpose identification needs include India, which has the eKYC based Aadhaar system in place for its more than one billion citizens, and Estonia, which uses an eID system. Meanwhile, countries like the U.S. and U.K. still identify inhabitants based on numbers that are part of social insurance systems established in the middle of the last century (e.g. Social Security and National Insurance.)

A system like eKYC not only helps companies mitigate fraud and money laundering but also makes the KYC process faster and paperless.

It takes years to build a brand and all it takes is one scandal to ruin your reputation. Adopting digital solutions for KYC and watchlist screening is more than just complying with financial regulations but also mitigating hidden business and reputational risks that could suddenly sink your operations.

Customer data is both the lifeblood of operations and the key to mitigate risks, but it goes bad very quickly (up to 25% per year). If you are using legacy systems, much of your customers data is probably is incorrect, outdated at worst or unstructured and fragmented across multiple systems at best. This prevents your organization from both achieving operational efficiency in sales and marketing, and even more importantly – from accurately assessing and mitigating risks. It boils down to a simple saying: garbage in, garbage out.

To make sure your risk assessment and mitigation is being done properly you need to ensure you have current, high quality data on your customers from trusted suppliers.

Author: Bobby Joseph
Bobby Joseph is the Director of Sales for Melissa India, where he works with enterprise customers to advise them on data quality product evaluation & selection. Bobby’s main customers are major financial institutions in India and the Middle East geography. He is also a regular contributor to various outlets on the subject of fintech, fraud prevention, KYC, AML and data quality.