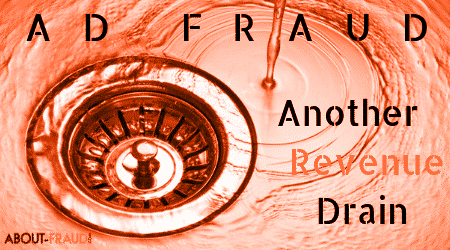 Fraud is a well-known threat to every online company. Because of that, nearly every company has some solution for handling transaction fraud, reducing chargebacks, and verifying customers. The biggest reason for this is because companies can see the effects of transaction fraud immediately and easily recognize the drain on their revenue. Ad fraud is not as transparent.

Marketing is not an exact science, and digital advertising can be confusing. Most companies expect some campaigns to fail or produce only a small percentage of conversions. Ads that end up on inappropriate sites are written off as occasional errors. A spike in invalid traffic (IVT) is considered just part of doing business online. Many companies fail to take a basic look at their advertising to find out how much of their revenue is being siphoned off.

The lack of interest and awareness has allowed the ad fraud industry to grow almost entirely unimpeded. In some cases, it has even emboldened the perpetrators to believe they are invincible. Solutions have arisen in recent years to combat this trend, and governments are attempting to remedy the situation. Unfortunately, bureaucracy is slow, and digital advertising won’t slow down. Additionally, solutions dealing with ad fraud tend to be expensive, difficult to integrate, and singularly focused.

How Does Ad Fraud Work?

To understand how to address ad fraud, you first have to understand how it works. Ad fraud comes in a variety of forms, with some more common than others. Let’s check out some of the most popular ad fraud schemes.

Bots make up a lot of internet traffic today and are often easy to purchase. In retargeting fraud, fake publishers purchase cheap bot traffic. They send these bots to advertisers’ sites to get “tagged”. The bots then return to the fake publisher’s site and are served retargeting ads. The fake publisher gets paid by the advertisers for traffic that could never have made a purchase. These sites are hard to shut down since they are easy to set up and constantly moving domains to avoid detection.

This form of ad fraud is slightly more complicated. Fake publishers mask their real domain names by appearing as real, desirable published sites. For example, a fake publisher might own nyt-1.com. They then obscure their real domain and show in the ad exchange as nyt.com. Someone looking to publish on the New York Times website then buys advertising space without realizing that the site is not correct. Often, advertisers only discover this happened when customers complain.

With pixel stuffing, fake publishers attempt to pack in as many ads as possible to get paid more than they should. For most advertising exchanges, at least 50% of a display ad has to be seen for 1 second in order to register a view. Advertisers then pay by the number of views. To make the most of this, fake publisher will reduce the ad size to fit into 1-pixel x 1-pixel frames that are impossible to see with the naked eye but register as viewable. They can then fit hundreds, even thousands of ads on a single web page.

Similar to pixel stuffing, a video ad has to play for a certain amount of time on a page to be registered as a view. However, most websites initially mute ad videos on their pages. Because the videos are muted, they can be placed behind other content or hidden in a section of the website where they still register as viewable. The person on the site has no idea a video even exists. But the advertiser gets charged for the impression anyway.

This form of ad fraud is a combination of advertising fraud and transaction fraud. Affiliates are people online that receive a commission for sending traffic to a site. They often only get paid a commission when an actual purchase is made. To get more money, the affiliate has people they know make purchases through their link. The advertiser then pays them commission for these sales. The friends submit refund or chargeback requests to get their money back and the affiliate moves on to it’s next victim.

While most ad agencies have started to protect against some forms of ad fraud, very few actually have the tools in place to combat all forms. Unfortunately for advertisers, agencies and exchanges have very little incentive to invest in expensive solutions to a problem that has little impact on them. Some companies have begun to demand more transparency in digital advertising purchases and results, but there is still a long way to go.

So, What Can Be Done?

To defend companies from these fraud threats, NS8 created a solution that is flexible, affordable, and complete. Rather than just focusing on transaction fraud through scoring payment data, NS8 Protect constantly scores users from the time they enter a site to the time they leave. Our software uses pre-session data and behavior analytics to recognize malicious bots quickly. We can then block them from retargeting lists, score individual ad campaigns to reveal not only fraudulent traffic but also fraudulent orders, and protect against general order fraud. By combining these capabilities into one product, companies can stop worrying about fraud prevention and turn their focus back to growing their business.

To learn more about NS8 Protect or request a demo, visit NS8