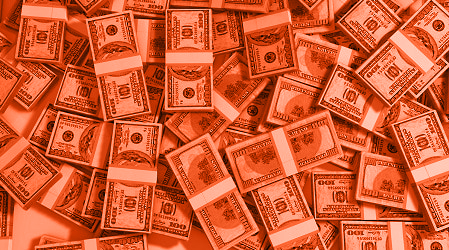 Investment activity in the fraud prevention space was light in July, with the exception of a $30 million Series B funding round by Israel-based ThetaRay at the beginning of the month. Investors in the round included Jerusalem Venture Partners, GE, Bank Hapoalim and OurCrowd, bringing total investment in the company to $60 million.

ThetaRay uses unsupervised machine learning to detect anomalies for risk management including cyber intrusions, money laundering and insurance fraud. The startup was co-founded by Tel Aviv University and Yale University academics Amir Averbuch and Ronald Coifman and is led by CEO Mark Gazit. The company is based in Israel but also has office in New York and Singapore. ThetaRay intends to use the new funds to hire additional employees and expand its existing operations across the globe.

In the adjacent payments space, Israel-based technology provider Zooz was acquired in July by PayU the payments division of South African multinational Naspers. The exact terms of the acquisition were not disclosed but Reuters reported that a source close to the deal placed its value at between $80 million and $100 million.

Zooz connects merchants to multiple acquirers and by analyzing various parameters decides which bank to route the payment transaction to, including finding the bank with the lowest fee. Merchants using Zooz’s application programming interface (API) can connect to a variety of different payment service providers to enable customers to pay with any of the various payments options popular in different markets. The company was founded in 2010 by CEO Oren Levy and CTO Ronen Morecki and had raised $40 million in total funding from investors Target Global Ventures, Fang Fund, iAngels, lool Ventures, Kreos Capital and Blumberg Capital, among others.

Netherlands-based PayU provides online payment services for customers predominantly in developing markets in Asia, Central and Eastern Europe, Latin America, the Middle East and Africa. Notably, PayU already claims to be the leading online payment service provider in 16 of the 17 markets in which it is active, according to TechCrunch. Prior to the acquisition, PayU licenses Zooz’s technology for cloud-based credit payments.

Zooz co-founders and executives Levy and Morecki are expected to become part of PayU’s leadership team after the deal closes and the company’s 70 staff members will become PayU’s employees. Zooz’s payment platform will continue to develop post-acquisition and is expected to add a new features include fraud management feature and real time reporting of transaction routing. Zooz’s also intends to hire another 50 employees post-acquisition.

“We’ll be a semi-independent company,” Levy told Israeli business paper CTech. “We’ll have access to giant clients and our technology will be at the core of all of PayU’s systems. 200,000 merchants will work with our technology.”