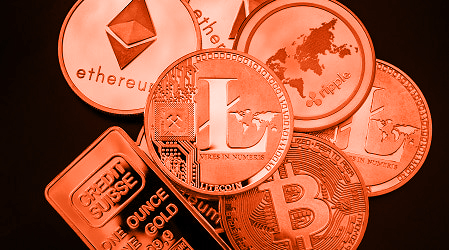 How to Avoid ICO Fraud with Cryptocurrencies

Cryptocurrency investors are participating in record numbers in initial coin offerings (ICOs) even though there are still not many uses for cryptocurrencies today within the overall retail and banking space. This article will list the different types of tokens one can purchase as well as the scams/frauds sometimes involved in an ICO.

HireGo, PacManCoin, and LigerCoin are just three among hundreds of lesser known tokens for sale in the ICO market. The companies offering these tokens present them as part of big changes that will disrupt almost every industry through the use of cryptocurrencies, smart contracts and blockchains. Some 680 token sales have taken place since 2016, raising nearly $14 billion, according to CoinSchedule, a website that tracks ICOs. The purchase of these tokens provided funding for new ventures and business developments.

New tokens are usually bought using another cryptocurrency. First a more widely traded cryptocurrency is acquired using a credit card, debit card, or bank transfer and then stored in a digital wallet. One is then able use those digital assets to purchase the new tokens offered, and in some cases, trade them on available exchanges.

Not all tokens are the same

Tokens can fall under a number of differently defined categories based on their use and what they represent. The different types of tokens are defined below.

The anonymity that cryptocurrencies can offer along with the opportunities presented by an unregulated market has given a new platform for fraudsters to find victims. An individual or company can share as little or as much information on their product, venture, design, and technology as they wish when offering tokens for sale. The below frauds/scams can occur in an ICO:

The manipulation or misrepresentation within or about a token offer can occur on many levels including the token pricing, business plans, blockchain code, etc. A lack of technical knowledge and the lack of regulated reporting requirements for the token offering give fraudsters opportunity to falsify different details of an ICO.

This year the U.S. Securities and Exchange Commission (SEC) was able to obtain a court orders halting two ICO offerings alleging false statements and other crimes. In the case of AriseBank, the SEC alleged that AriseBank made false statements about purchasing Federal Deposit Insurance Corporation (FDIC) insured banks and its claim to be a decentralized bank. The ICO for Titanium was halted at the end of May for allegedly misrepresenting its relationship with the Federal Reserve and other corporate entities. Titanium was also accused of making fictitious business claims in the media ahead of its ICO.

An exit scam occurs when management and personnel disappear after the sale of tokens is completed, without creating any underlying use or asset, resulting in the purchased tokens losing all value. A number of purported exit scams connected to ICO offerings occurred this year. The team behind Confido disappeared after raising $375,000, as reported by CNBC, after erasing their website, Facebook page and Twitter account. Prodeum attempted to raise $6.5 million through an ICO in January by falsely listing blockchain experts as team members before disappearing, according to Business Insider. The company claimed it wanted to implement blockchain technology for use with agricultural commodities, but disappeared after raising just $11 before disappearing and leaving a website that was completely blank, except for the word “penis.”

In a Ponzi scheme, the company offers tokens that entitle holders to dividends but then uses the investors’ money for non-business purposes. In the case of pyramid schemes, the same occurs but investors are rewarded for recruiting others to join the scheme. The U.S. Commodity Futures Trading Commission (CFTC) filed an enforcement action in court in January against My Big Coin (MBC), alleging that company personnel misappropriated $6 million of investors’ funds, according to Inc. The court filing alleged that MBC moved funds into team members’ personal banks account and company employees used the funds to pay for personal expenses and to buy luxury goods. Meanwhile, the filing alleged that MBC falsely told investors that MBC’s cryptocurrency was being traded on multiple exchanges. It is also alleged that the company posted fake trading prices, made false statements about an agreement with Mastercard and made payouts to early investors by using other investors’ money.

Fraudsters use blogs, messaging apps, and other online forums in pump and dump schemes to generate hype to encourage a large number of investors to purchase a specific token that the fraudsters already own in significant quantities to drive up the token’s price. The token is then sold at an unwarranted higher price leaving investors blinded by the hype to absorb the loss when the price returns to previous trading levels. Although major social media networks have recently banned advertisements for cryptocurrencies, cryptocurrency promotion groups on messaging services such as Discord and Telegram are promoted on Facebook, Twitter, and Instagram via general posts and ads to bring in new suckers, according to the Outline. To learn more about recent pump and dump scams with cryptocurrencies read these stories by the Outline and Business Insider.

China and South Korea have banned all ICO offers. The SEC in the U.S., United Kingdom’s Financial Conduct Authority (FCA) and the European Union’s European Securities and Market Authority (ESMA) have all issued public statements warning about the risks of the unregulated cryptocurrency market to investors. Depending on the exact nature of the tokens offered, all three regulatory agencies state that cryptocurrencies could be considered an investment security or financial instrument that would need to adhere to the financial regulations within their respective jurisdictions. In the U.S., if the token falls under the definition of a security or financial instrument, it will come under federal securities laws enforced by the SEC . It would also require a licensed broker to be involved in the offer. It should be noted that while some ICO offers may be unregulated, American regulators have made it clear that the exchanges where cryptocurrency can be traded are subject to the financial regulations of money service businesses and relevant licensing requirements.

High returns/high pressure sales: Is the offer promising quick or high returns and are there attempts to pressure investors to buy quickly?

Professional background: Are the company’s managers and developers experienced in blockchain technology?

White paper: Does the company offer a white paper? Does the white paper contain relevant, detailed and transparent information about the business venture? Is the white paper professionally written (i.e. free of errors and misspellings) and does it adequately address risks to the venture?

Business plan: Does the business plan and the idea behind it make sense? Does the plan really require the use of blockchain or is blockchain just tacked onto the idea? Is there a viable and usable product?

Sources: Are you able to find third-party sources that back up the claims made by the venture?

Token accessibility: How easy is it for purchase and trade tokens? Are the number of tokens created and the amount of investment raised public available information?

Market deals: Can all statement regarding agreements with major credit cards, banks and exchanges be collaborated by third party sources?

Public disclosure: Does the company regularly update the investing public of relevant business developments via press releases and/or relevant media and social networks?

Contact: Are the company’s management and developers available to answer questions and provide additional information?

Open source: If the company is claiming to create an open source blockchain, can you review the source code in a repository?

Like any other market transactions, fraud does occur in the crypto market on a regular basis. Being aware of the red flags will help interested investors and fraud fighters identify ICOs likely to be fraudulent and to warn others. Blockchain is an exciting development but is also a new way for fraudsters to dupe the unsuspecting. The potential for fraud is so great that the SEC even created a HoweyCoins ICO that once the “Buy Tokens” button is pressed takes you to a website showing the user how easy it is to setup an ICO scam. Blockchain technology is exciting but as always, caveat emptor.

Ryan Gregory is a risk specialist for an online fintech bank where transaction monitoring includes account holder purchases of cryptocurrencies through third-party platforms. He plans to continue to sharing his knowledge of fraud in the cryptocurrency market and other areas as he completes his Certified Fraud Examiner (CFE) accreditation.