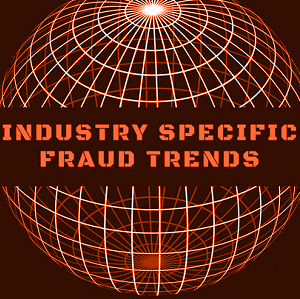 “The overall increase in fraud losses for online retailers from 2016 to 2017 stems from both an increased level of sophistication from international fraud syndicates and the growth of new ecommerce merchants who are easy targets for fraudsters in the early stages of their company’s growth,” Signifyd’s Director of Merchant Advocacy Sourabh Kothari told about-fraud.dream.press.

Cosmetics and perfume were especially susceptible to ecommerce fraud according to Kothari because of the rise of smaller brands and the growing practice of limited edition flash sales. Many of these smaller brands lack the full protection needed to mitigate fraud attacks and the data required to confidently accept more orders from a growing global customer base. Kothari stated that fraudsters have been using flash sales in particular to orchestrate theft at an alarming rate. For flash sales featuring limited edition products, the resale price can often exceed the original list price, making them even more attractive and easier for fraudsters to offload on third party websites like Amazon or eBay.

The Ecommerce Fraud Index is a global measure of fraud activity taken by Signifyd and based on aggregated data from billions of transactions processed by thousands of merchants around the world. Fraud losses were calculated by the sum of the total amount of orders rejected due to suspicion of fraud and the total amount of fraudulent chargebacks received from accepted orders as a percentage of total orders received. The figures from the latest release were based on data captured over a two-year period from Q1 2016 to Q4 2017. Eight separate e-commerce segments were tracked by the index, including alcohol, tobacco & cannabis, apparel, consumer electronics, cosmetics & perfumes, department stores, furniture, home improvement & appliances, health & leisure and jewelry & watches.

Signifyd also noted that merchants appeared to suffer from false positives, i.e. customer insults, when company employees developed a bias towards transactions from certain postal codes or even entire geographical regions as likely to be fraudulent. The problem was noted both for fraud analysts conducting manual reviews and among merchants that used static rules that relied heavily on geography for automated transaction review.

“While each industry is facing its own challenges, the rising threat of account takeover fraud needs to be addressed along with false positives – where merchants reject orders from legitimate customers due to the fear of fraud,”  Kothari said. “Merchants attempting to evaluate orders with only their own transaction data will struggle over the coming year, as sophisticated fraudsters maintain the advantage and innocent consumers suffer.”