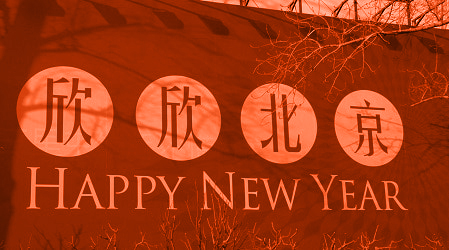 Today marks the start of the Chinese Year of the Dog and the beginning of Lunar Spring Festival that ends on March 2, a festival that is a major gift-giving holiday in China and East Asian markets with large ethnic Chinese populations. For this year’s Chinese New Year about-fraud.com spoke with some fraud prevention vendors about what fraud trends are prevalent in East Asia and what to expect in the new Year of the Dog.

“We generally see an increase in the volume and frequency of fraud during festive periods and Chinese New Year is no exception,” says Experian’s Head of Fraud & ID in the Asia Pacific Nick Wilde. Chinese New Year, he adds, is a high water mark for fraud in the region along with Singles Day (November 11) and Christmas.

Wilde says that retail companies in the Asia Pacific region are most frequently targeted in return fraud and “clean fraud” (where fraudsters stolen credit cards) scams.  China in particular has a massive fraud problem. “We found that 35% of online retailers in high growth markets like China reflect high fraud rates of as much as 5% of total gross merchandise value,” says Wilde.

Chinese retailers’ fraud problem is only expected to get larger as the share of online spending expected to grow to 30% of total consumer spending in China by 2021 from 20% in 2016, according to Experian’s Fraud Management Insights 2017 report.

Mobile payments fraud has also become a significant issue in China with 527 million mobile payments users compared with 531 million online payments users according to the China Internet Network Information Centre.  “Already, we found that for financial services – 35% of respondents have been affected by malware in mobile channels – against 39% in online channels”, says Wilde.

Southeast Asia not into m-commerce yet

However, the popularity of mobile payments in China is not reflected across all of East Asia.  Each country has its own payment preferences and fraudsters target the most popular payment methods in each country, according to fraud prevention startup FraudLabs Pro.” For example, mobile payment is extremely popular in China, but online bank transfer is more popular in Malaysia where we are based,” according to FraudLabs Pro CEO Kim Loong. “Fraudsters in Malaysia will typically use social engineering to receive an online bank payment.”

M-commerce in general has been slower to develop in Southeast Asia than in the Greater China region. Some 41% of online merchants Southeast Asia neither have a mobile site or a smartphone app, according to a survey of 152 merchants from Cybersource’s 2016 Online Fraud Benchmark Report for Southeast Asia. Moreover, the report claims that a shocking 75 percent of regional merchants surveyed did not even screen for mobile-based fraud. Those figures don’t surprise FraudPro Labs’ Loong, who says that approximately 80% of the fraud cases his company finds for Southeast Asian clients originated in orders from non-mobile devices.

Surveys numbers regarding fraud spending and planned spending by Chinese merchants were hard to come by for this report. One thing that is clear is that Experian at least is looking to adapt its products to the growing Chinese market.

Experian told about-fraud.com that it adapted its online fraud prevention system FraudNet to the Chinese market in a partnership with JD Finance, an independent finance, banking and credit services provider that was spun out of JD, China’s largest online direct sales company. The localized version of FraudNet helps analyze consumer behavior on JD’s e-commerce platform and recognizes all devices visiting the JD website to avoid potential fraud threats.

Acknowledging that there are no silver bullets to the problem of fraud, Experian has also introduced its CrossCore solution in East Asia. CrossCore is fraud decision platform that uses an open application programming interface architecture that allows users to connect it to other fraud solutions to get more wholesome and rapid response fraud protection. The company is creating an entire ecosystem of pre-integrated solutions with technology partners to make it easier for merchants to plug-in the solutions they need at will. Among the pre-integrated solutions offered include cutting-edge machine learning and biometrics technology offerings on the market.

Meanwhile, Southeast Asia looks like a ripening growth market for fraud solution providers. Already merchants report on average losing 2.8 percent of revenue to fraud, according to the Cybersource report. Some 67% of the merchant surveyed also said they planned to increase their fraud budget in the coming year. Machine learning-based fraud prevention solutions may benefit in particular with 89% of manually reviewed orders eventually accepted by merchants according to the same report, which suggests that this leaves significant room for implementing better rules based automated solutions to reduce fraud prevention costs.

Expect the Year of the Dog to bring more fraud and more opportunities for fraud solutions across East Asian markets.