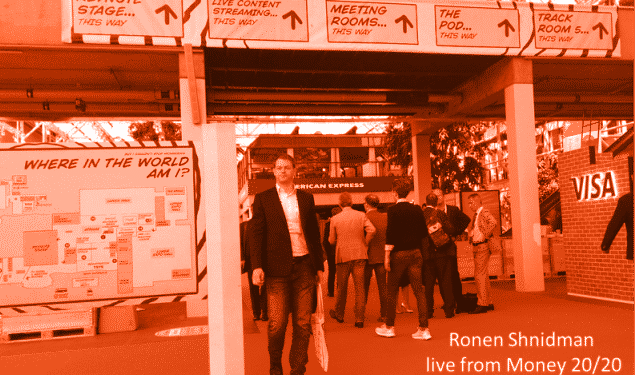 Fraud solution vendor Riskified announced that it closed a $33 million round of funding coming on the second day of Money 20/20 Europe. Groupe Arnault, which owns luxury goods conglomerate LVMH, and Capital One Financial Corp’s venture arm joined as new investors during the round. The new growth stage funding brought Riskified’s total funding to date to $64 million.

“Our investors partnered with us because of our expertise and lead in technology,” Riskified co-founder and CTO Assaf Feldman told About-Fraud. “We process more transactions than anyone else, and we were built from the ground up to be a chargeback-guarantee solution. Taken together that means more accurate decisions for increased revenue and reduced customer friction for merchants.”

Riskified, which claims major U.S.-based retailer Macy’s as one of its clients, uses artificial intelligence algorithms to provide end-to-end e-commerce fraud protection for merchants. The company also offers a chargeback guarantee policy, which refunds clients for every fraudulent transaction let through by its system. In return, Riskified charges merchants a percentage of the price tag of every legitimate transaction reviewed and accepted without chargeback.

Fraugster differs from Riskified by targeting payments service providers (PSPs) as its clients, something that requires differences in underlying technology, not just marketing.  Already Ingenico ePayments, Wirecard and Credorax are using the new product. To learn more about the different design approach taken by Fraugster, check out About-Fraud.com’s insights report when it comes out after the end of the conference.

Amazon had one of the most important presentations for both merchants and fraud prevention solution vendors of the day. Giulio Montemagno, Amazon Pay’s General Manager for Europe, told Money 20/20 Europe attendees on Tuesday that merchants would trust Amazon Pay since users would already have a verified identity tied to their Amazon username. Montemagno’s remarks, if taken at face value, would signify an increasingly important role for Amazon’s fraud prevention operations moving forward as the stakes rise for preventing fraudulent account openings on Amazon.

The Seattle-based retail giant expanded its PSP Amazon Pay to France, Italy and Spain in April, after reaching 33 million unique users since the service launched in the U.S. in 2013. According to Montemagno, 10 million of these users joined the service just in 2016. This month, Amazon Pay completed its first integration for Instagram-based payments with clothing retailer Moda Operandi, as reported by Geekwire. Amazon appears to be positioning itself to take on other online PSPs in the future, including PayPal, in a way that will have important implications for the whole fraud ecosystem.